Just how chilling is the World Economic Forum’s vision of the future? You’ve got to read their own words to find out.

Story at a glance:

If you’re not familiar with the World Economic Forum (WEF), prepare to be astounded. 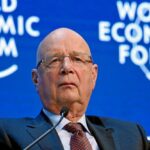 This international organization is run by German engineer and WEF founder Klaus Schwab and other members of the technocratic elite. Their mission is to do away with the democratic process and give all ownership and control to the deep state.

If this sounds far-fetched, like a conspiracy theory, you’ll be surprised to know that WEF doesn’t hide its agenda. On the contrary, they openly share it and promote it to the world, as if it’s inevitable that their plan for a Great Reset will one day come to fruition.

The dystopian society that they envision strips individuals of their autonomy in favor of global, tyrannical control.

10 creepy dictates of the WEF


Just how chilling is WEF’s vision of the future? You’ve got to read their own words to find out. While few of their dictates are heavily picked up by the media, they have a way of infiltrating the collective psyche nonetheless.

The Vigilant Citizen recently compiled 10 of the most incredulous — and scary — notions that WEF has championed, in no particular order.

1. Infiltrating governments — It is WEF’s intention to penetrate and capture governments around the world in order to do away with democracy and establish a globalized world run by a “self-selected coalition of multinational corporations, governments (including through the UN system), and select civil society organizations.”

The Vigilant Citizen points out, “This is the exact opposite of a democracy.”

Going even further, Schwab, WEF’s owner and chairman, told Harvard’s John F. Kennedy School of Government in 2017, “What we are very proud of, is that we penetrate the global cabinets of countries with our WEF Young Global Leaders.”

In fact, WEF maintains a “Young Global Leaders” program, a five-year indoctrination into their principles.

Other Young Global Leader graduates include Germany’s Angela Merkel and Russia’s Vladimir Putin, along with at least half of Canada’s cabinet.

Sponsors of WEF’s Young Global Leaders Program include the Bill & Melinda Gates Foundation and Google — “I wonder why Google censors and shapes information to be in exact support of the World Economic Forum’s narrative?” comedian JP Sears asked, satirically, in March.

2. Sound wave mind control — “Non-invasive neuromodulation” is touted as a “new era of healthcare” by WEF in a 2018 article that’s since been scrubbed from the internet, but is preserved by the Internet Archive.

“But what happens if this technique for altering our brain waves escapes regulation and falls into the wrong hands? Imagine a dictatorial regime with access to the tricks and tools to change the way its citizens think or behave.”

In an interview with Antoine Jerusalem, a professor of engineering science at Oxford University, the WEF article describes controlling neuronal activity in the brain by directing mechanical vibrations to a certain region.

While it’s stated that this process hasn’t yet been fine-tuned, Jerusalem said, “I can see the day coming where a scientist will be able to control what a person sees in their mind’s eye, by sending the right waves to the right place in their brain.”

The article then makes the case that, since somebody is going to harness this form of mind control, it might as well be WEF — “If we want to lead that dance 10 years from now, we need to start researching today … Politicians should remember that if we don’t do it, then somebody somewhere will do it anyway … potentially unregulated.”

3. Pills with microchips in them — At WEF’s 2018 meeting, Pfizer’s CEO Albert Bourla described the U.S. Food and Drug Administration approval of the first “electronic pill.”

The tablet contains a biological chip that enters your stomach and is capable of sending signals that the pill was, in fact, taken — to ensure compliance. Bourla said, “So imagine the applications of that, the compliance.

The insurance companies would know that the medicines that patients should take, they do take them.”

Public health policies that restrict movement, ban international travel and close schools and businesses, commonly known as lockdowns, were implemented in virtually every country around the globe during the pandemic, beginning in China, then Italy and spreading like wildfire from there.

Lockdowns caused immense human suffering in the form of job losses, social isolation and suicides, with little to no effect on COVID-19 mortality.

WEF, however, “would love to see ‘covidian’ life become permanent,” The Vigilant Citizen reported, as evidenced by the video below, which WEF quickly deleted after backlash.

The video praises lockdowns’ role in reducing human activity and leading to the “Earth’s quietest period in decades.”

5. Dystopian plans for the future — WEF has also released videos showing a “peek at our future,” which include people in masks, plenty of hand sanitizer and QR codes, plus further adjustments away from society as we know it and toward an increasingly isolated, virtual world.

In one of WEF’s examples of “how our lives could soon look,” it’s suggested that you could be identified by your heartbeat. This is necessary because facial recognition technology is often thrown off by face masks, but “your heartbeat is just as unique as your face.”

NASA has invented a system using a laser that can identify people by heartbeat alone. WEF also promotes increasingly teaching children using digital technology and asks, while showing a photo of a person wearing a mask alone, outdoors, “What pandemic-era changes would you like to become permanent?”

In terms of education, WEF also envisions a “reimagining” of current classrooms with a heavy focus on virtual reality and artificial intelligence technologies, along with investments in “reskilling and upskilling.”

According to WEF, textbooks, notebooks and pencils should no longer be viewed as critical learning tools, due to “environmental pressures.” Instead, education should be digitalized and “coupled with the metaverse” so that students can learn in a virtual environment.

6. The Great Reset — WEF’s Great Reset involves changing everything from future global relations and the direction of national economies to “the priorities of societies, the nature of business models and the management of a global commons.”

Part of the plan involves the Fourth Industrial Revolution, which Schwab has been discussing since at least 2016 and “is characterized by a fusion of technologies that is blurring the lines between the physical, digital and biological spheres.”

In terms of government, the Revolution will bring new technological powers that allow for increased population control via “pervasive surveillance systems and the ability to control digital infrastructure.” It also intends to do away with capitalism.

“While capitalism is based on a self-regulating system of offer and demand, the Great Reset looks to redefine the way businesses are evaluated through new parameters. The main one: Compliance with the elite’s social and political agendas.”

A propaganda video released by WEF talks about their plan to usher in stakeholder capitalism, in which private corporations — not elected leaders — become trustees of society, putting your privacy and data, your food and your freedom at risk.

To get to this point, the video’s narrator states, it is “all about getting the right people in the right place at the right time.” The Vigilant Citizen points out, “In other words, the system would be rigged and compliance with a wider agenda would be mandatory in a new economy.”

7. Recalibration of free speech — The censorship and regulation of the internet are high on WEF’s agenda, as it would serve as a starting point to recalibrate free speech.

In saying this, they’re openly calling for censorship. The Vigilant Citizen explains, “Free speech is, in fact, binary. Either it exists or it doesn’t. And they clearly don’t want it to exist.”

8. Digital passports in your clothing — While technology doesn’t appear to have advanced to the point that implantable microchips are being used as brain-machine interfaces to control your thoughts, what does exist today are vaccine passports, which can progress to digital IDs, which then lead to central bank digital currencies (CBDC) — the endgame.

CBDCs appear to be inevitable; it’s not a question of if they’re going to have them, but when. Once CBDCs become widespread, they’ll be able to control everything, as it will be difficult to survive without them.

They don’t have to put a microchip into your arm to gain this immeasurable control — they’ll be able to track and control your every move via CBDCs.

To ensure that you can be traced and tracked at all times, WEF announced that clothing of the future will contain built-in digital passports — and they’re slated to reach the market in 2025.

9. Smartphones in your body — By 2030, you won’t need to worry about carrying a cellphone or wearing clothing with a built-in digital passport, because WEF is planning to launch smartphones that will be implanted directly into your body.

This information was released by Nokia CEO Pekka Lundmark at the 2022 Davos meeting and coincides with the rollout of 6G technology.

While 6G networks are still in their infancy, Lundmark stated that they will make smartphones as we know them today obsolete while “physical and digital worlds will grow together.”

Lundmark added, “Many of these things will be built directly into our bodies,” echoing the transhumanism movement, which has an ultimate goal of controlling the human population.

Many people regard transhumanism as turning human beings into robots, but it actually describes a social and philosophical movement that involves the development of human-enhancement technologies.

Elon Musk’s company Neuralink involves a surgically implanted microchip that’s connected to your brain and synced with AI, with the goal of one day allowing humans to control artificial limbs or even engage in telepathy.

Musk described it as “a Fitbit in your skull with tiny wires,” and, according to India Today, the company “released a video where a macaque was seen playing Ming Pong.”

While transhumanism may one day use technologies that are physically embedded in the human body or brain to offer superhuman cognition or forms of mind control, keep in mind that at this time transhumanism is already occurring, not from an implantable device but through mass formation psychosis and the manipulation of information.

“It sounds utopian, until she mentions that her every move is tracked and outside the city live swathes of discontents, the ultimate depiction of a society split in two.”

Part of the plan to do away with autonomy is that all products become services.

The Vigilant Citizen reported:  “In this dystopian future, there are no products you can own. Only “services” that are rented and delivered using drones. This system would make all humans completely dependent on WEF-controlled corporations for every single basic need. There would be absolutely no autonomy, no freedom, and no privacy. And you’ll be happy.”

A theme of ultimate control

One theme that runs through WEF’s multiple agendas is control.

“They want to control what we think, where we go, what we say, what we eat, and what we wear,” The Vigilant Citizen reported, adding:

“Do you know who agrees with the WEF? China. Censorship is widespread, a social credit system controls people’s behaviors and COVID is still used as an excuse for massive lockdowns and total population control. Not to mention the literal concentration camps. Despite all of this, Chinese officials are constantly present at WEF meetings. Why? Because China is basically a laboratory for the WEF’s policies.”

If you want to fight back and opt out, choose elected officials who do not support WEF, and boycott companies — like Google — that are intertwined with it. It’s also urgent that we all take steps to remain free, sovereign individuals, which can be as straightforward as: