Science’s COVID-19 reporting is supported by the Pulitzer Center. 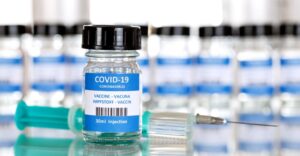 Senior Catholic leaders in the United States and Canada, along with other antiabortion groups, are raising ethical objections to promising COVID-19 vaccine candidates that are manufactured using cells derived from human fetuses electively aborted decades ago. They have not sought to block government funding for the vaccines, which include two candidate vaccines that the Trump administration plans to support with an investment of up to $1.7 billion, as well as a third candidate made by a Chinese company in collaboration with Canada’s National Research Council (NRC). But they are urging funders and policymakers to ensure that companies develop other vaccines that do not rely on such human fetal cell lines and, in the United States, asking the government to “incentivize” firms to only make vaccines that don’t rely on fetal cells.

“It is critically important that Americans have access to a vaccine that is produced ethically: no American should be forced to choose between being vaccinated against this potentially deadly virus and violating his or her conscience,” members of the U.S. Conference of Catholic Bishops and 20 other religious, medical, and political organizations that oppose abortion wrote to Stephen Hahn, commissioner of the U.S. Food and Drug Administration (FDA), in April. “Thankfully, other [COVID-19] vaccines … utilize cell lines not connected to unethical procedures and methods.”

Cells derived from elective abortions have been used since the 1960s to manufacture vaccines, including current vaccines against rubella, chickenpox, hepatitis A, and shingles. They have also been used to make approved drugs against diseases including hemophilia, rheumatoid arthritis, and cystic fibrosis. Now, research groups around the world are working to develop more than 130 candidate vaccines against COVID-19, according to the World Health Organization; 10 had entered human trials as of 2 June.

At least five of the candidate COVID-19 vaccines use one of two human fetal cell lines: HEK-293, a kidney cell line widely used in research and industry that comes from a fetus aborted in about 1972; and PER.C6, a proprietary cell line owned by Janssen, a subsidiary of Johnson & Johnson, developed from retinal cells from an 18-week-old fetus aborted in 1985. Both cell lines were developed in the lab of molecular biologist Alex van der Eb at Leiden University. Two of the five vaccines have entered human trials (see table, below).  By Meredith WadmanJun. 5, 2020 ,  Full Report: https://www.sciencemag.org/news/2020/06/abortion-opponents-protest-covid-19-vaccines-use-fetal-cells