In partnership with the World Health Organization (WHO) and the Johns Hopkins Center for Health Security, the Bill & Melinda Gates Foundation held the “pandemic tabletop exercise” at the Grand Challenges Annual Meeting in Brussels. 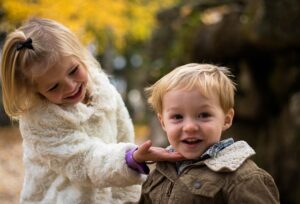 Similar to his infamous Event 201 pandemic exercise, which announced the Wuhan coronavirus (Covid-19) scamdemic before it happened, the Catastrophic Contagion event centered around “a pandemic with a higher fatality rate than COVID-19 … disproportionally affecting children and young people.”

Ten current and former “health ministers” and “senior public health officials” from Senegal, Rwanda, Nigeria, Angola, Liberia, Singapore, India, and Germany participated in the event alongside Gates. (Related: A U.S. patent shows that Gates was directly involved in the creation of covid, as was the WHO and DARPA.)

We are told that each of these participants was presented with the potential scenario and asked how they would respond in terms of making “urgent policy decisions with limited information in the face of uncertainty.”   “Each problem and choice had serious health, economic, and social ramifications,” a document about the event states.

Gates has repeatedly talked about “lessons learned” from the covid plandemic, the suggestion being that next time – and there really does appear to be a next time already in the works – globalist leaders will have the opportunity to execute tyranny with more precision.

For instance, too much “misinformation” spread during covid that led large numbers of people to say no to masks, social distancing, and the “vaccines.” This hampered the plans of the globalists who intended for everyone to obey without question.

The plan next time is to clamp down heavily on the flow of free speech to prevent all dissent and skepticism. Gates wants government officials to really crack down on all freedom during the next go-around to ensure that his depopulation goals are achieved.

“Countries should prioritize efforts to increase trust in government and public health; improve public health communication efforts; increase the resiliency of populations to misleading information; and reduce the spread of harmful misinformation,” the exercise documents explain.

“In future pandemics, we should continue to expect even more major disruptions from misinformation and disinformation.”

The WHO, it further states, should continue to be propped up as “a globally trusted source” for all information, which it should distribute “widely” around the world. This alone, however, will not be enough to stop the spread of “misinformation.”   Bill Gates held another Pandemic Exercise called Catastrophic Contagion

“Countries need to collaborate to anticipate that threat and prepare to combat it with their own laws and procedures,” the documents further state.

“Just as many types of economic and societal harms can be anticipated and accounted for in pandemic preparedness plans, so too can predictable false or misleading health messaging. Concertedly exploring ways to address this phenomenon on a national level in advance of the next pandemic will be crucial to saving lives.”

In order for the next plandemic to work, in other words, the skeptics must be silenced. There cannot be any dissent allowed to proliferate. All messaging and information must be totally controlled by the globalists, otherwise it will fizzle out in the end.     Bill Gates held another Pandemic Exercise called Catastrophic Contagion

“This is his bugbear / scare story to facilitate and create a global biosecurity state,” wrote a commenter about how Gates “dominates the WHO,” which is right now seeming to create “a binding, trans-national agreement to require actual sovereign nation states to surrender power to it” with the infamous Pandemic Treaty.

Sources for this article include:
(Natural News)

Dr. Peter McCullough Tells RFK, Jr. : Board Investigation May End His Career — But It Won’t Silence Him

Dr. Peter McCullough, an internist, cardiologist, epidemiologist and leading expert on COVID-19 treatment, said in a recent episode of the “RFK Jr. The Defender Podcast” that the American Board of Internal Medicine is threatening to remove his certifications “for political reasons.”

The American Board of Internal Medicine has systematically sought to revoke the medical certifications of Dr. Peter McCullough — an internist, epidemiologist, cardiologist and leading expert on COVID-19 treatment.

McCullough is one of the most published cardiologists ever, with more than 1,000 publications and 660 citations in the National Library of Medicine.

“What we’re on the verge of seeing in modern day is to have a doctor who is clinically qualified and competent beyond reproach stripped of six years of my life, stripped of my credentials as a practicing doctor for political reasons,” McCullough told Robert F. Kennedy, Jr., in a recent episode of “RFK Jr. The Defender Podcast.”

People — especially patients — are outraged by the board’s actions because they know of McCullough and his impeccable clinical practice record, McCullough said.

In an Oct. 18 letter, the American Board of Internal Medicine informed McCullough that his statements questioning COVID-19 vaccination for healthy people under 50 and his claim that Americans have died after getting a COVID-19 vaccine triggered a review by the board’s credential and certification committee.

According to the board’s committee, McCullough had “provided false and inaccurate information to the public.”

But Kennedy said he thought the committee’s own words constituted false and inaccurate medical information.

The committee’s key complaint was that McCullough’s statements made in “various official forums” posed “serious concerns for patient safety” by “casting doubt on the efficacy of COVID-19 vaccines.”

“Moreover,” the committee wrote, “they [McCullough’s statements] are inimical to the ethics and professionals stands for board certification.”

The committee recommended the board revoke McCullough’s certifications to practice internal medicine and cardiology and gave him until Nov. 18 to appeal.

McCullough told Kennedy he had already “submitted an immediate request for dismissal based on procedural grounds that this was ex-post facto.”

McCullough said he also asked for dismissal of the committee’s recommendation based on substantive grounds.

He explained: “They actually declared a risk of COVID — the illness — based on percentages of deaths in age group. And that’s not even how the CDC [Centers for Disease Control and Prevention] defines that.

“The CDC defines it as the case vitality ratio, which I disclosed in my dismissal letter as being less than 1% in the groups that I stated.

“So when I testified under oath that the risk of death due to COVID was negligible … I’m supported by the CDC and the CDC’s own estimate on case fatality ratios.”

McCullough doesn’t expect the board to honor his request for dismissal, so he will likely submit an appeal, he said, “which will lay the groundwork for a lawsuit” against the American Board of Internal Medicine for threatening to revoke his license.  “I will have to move forward with the lawsuit. The dossier is already exhaustive,” McCullough added.

The American Board of Internal Medicine began its investigation of McCullough in September 2021, when it announced the launch of its COVID-19 “misinformation” initiative — without defining what misinformation is, McCullough said.

The board “just announced” the initiative “without defining what doctors should say or not say or what they thought were appropriate guardrails with no learning modules — nothing.”

McCullough pointed out that the term “misinformation” is not a medical term:

“Misinformation has never been in medical textbooks. It was never on any of the board exams. It’s not a medical term … there simply are scientific data. And then there are interpretive points of view.”

McCullough said the board went back and reviewed statements McCullough made when he testified before the Texas Senate in March of 2021, and declared he had “uttered misinformation.”

Kennedy asked McCullough from where he thinks the board derives its power.

“Where they get their power is as a board offering specialty and subspecialty certification,” McCullough said.

“How the power is translated,” McCullough explained, “is that as a doctor, I can’t contract with insurances for my services without being board-certified. That’s actually part of the credentialing with insurances. I can’t hold hospital privileges and hospitals.”

McCullough believes there are “powerful forces” influencing the board. “I don’t think these boards are acting completely independently. Everything I see indicates outside influence.”

Whatever the outcome of the board’s investigation, McCullough said the board won’t succeed in silencing him.

“So they end my career,” he said. “What’s the obvious response? I’m going to become even more visible and more vocal.”

‘Patients are the ones harmed’ by punishing doctors for COVID ‘misinformation’

McCullough also talked about his concern that by punishing doctors for COVID-19 “misinformation,” the board is harming patients.

“This idea of misinformation — or this idea that a doctor in any way could have their free speech impaired — is such a threat to patients because what doctors will naturally do is not say anything. And so patients are the ones harmed.”

“Privately, doctors in California have already told me they’re not touching COVID with a 10-foot pole,” McCullough said. “They’re not gonna risk losing their practices and their lives over this.”

So it’s going to be “the patients who are suffering with COVID, post-COVID syndrome, vaccine problems” who will be negatively impacted by the law.

Medicine is so complex, McCullough said, that doctors need a free range of their full civil liberties to operate.

“Doctors render opinions. They don’t give government narratives. Patients seek doctors for opinions and they seek second opinions,” he added.

McCullough thinks the board’s motivation in targeting him is to “send a message” to the other roughly 300,000 doctors with certifications and say, “Listen, this is what we did to Dr. McCullough. This is a warning to anybody else who is going to speak up against the government narrative.”

Kennedy agreed. “It’s the same thing they did to [Dr.] Andrew Wakefield,” Kennedy said, referring to the de-licensing of Wakefield after he suggested that a possible link between the MMR vaccine and a gastrointestinal disorder that was found in children with autism should be scientifically investigated.

Wakefield and the other 12 co-authors of the seminal 1998 paper (which was later retracted) were all prominent doctors in England. They reported that about 10 of the 11 mothers of children they examined with autism who had gastrointestinal problems said, “Oh, by the way, our child got this problem right after the MMR vaccine.”

Wakefield and colleagues said this link should be examined, Kennedy said, but they “never said that the MMR vaccine caused autism.”

However, the mere suggestion that this finding should be investigated was enough to spark an intense response from Big Pharma.

“Then all hell broke loose,” Kennedy said, “and the medical cartel run by GlaxoSmithKline, which was making the vaccine and is all powerful in England … came down and said 10 of the other physicians all backed down and said, ‘Oh, we take it back. It’s completely safe. It doesn’t cause autism.’”

Then Wakefield got delicensed. “He was destroyed,” Kennedy said, “and he was used as an example that if you’re a doctor, you better not talk about vaccines because this is what we’re going to do.”

Ref: Suzanne Burdick, Ph.D.  is a reporter and researcher for The Defender based in Fairfield, Iowa. She holds a Ph.D. in Communication Studies from the University of Texas at Austin (2021), and a master’s degree in communication and leadership from Gonzaga University (2015). Her scholarship has been published in Health Communication. She has taught at various academic institutions in the United States and is fluent in Spanish.