When You Turn Your Head From God You Are Susceptible To All Demonism. 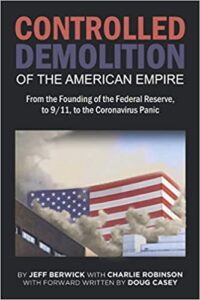 Covid19 Mass Testing Vaccines Lockdowns
The American Empire is finished and will soon become another cautionary tale, tossed upon the trash heap of history, and destroyed by the very same societal issues that plagued the many former empires that share similar fates. It did not have to end this way, but when the most devious and ruthless members of a society are tasked with running the system, the outcome can hardly be in dispute. All empires fall, but it is the reason they eventually come apart that is surprisingly similar.

The fate of America will not be any different. Like a 47-story steel and concrete building that is covertly slated for demolition, the American Empire was built on a rotten foundation and has been targeted for destruction.

The core of the building has been pre-weakened over the decades through government policies, had its support columns identified and rigged with financial detonators, watched society be transformed into a culture incapable of recognizing their impending doom to sound the alarm, and as the plunger is pushed down and the destruction begins, many people will have no idea of what is coming their way until it is too late. Once the debris is cleared away there is hope that a new civilization can be built, but will they make the same mistakes, or can they learn from the past and chart a different course? The Controlled Demolition of the American Empire Paperback – October 27, 2020

The Cancer Industry: Crimes, Conspiracy and The Death of My Mother (Curing Cancer)

Where is The Cure for Cancer? 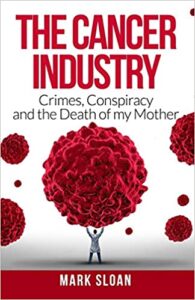 Have you ever wondered why in the past 100 years a cure for cancer has not been found?  You’re not alone!

We’ve all lost someone we love to cancer and we all want to see it gone.  But after spending $500 Billion dollars of our generous donations on cancer research over the past 50 years, the people who promised us a cure have given us literally nothing for preventing or curing the disease.

Are they incompetent?  Or are cures and effective treatments purposefully being suppressed so the industry can keep raking in money?  It’s time to find out the truth.

The Truth About Cancer

After losing his mother to cancer at age 12, bestselling author Mark Sloan has conducted a historic and monumental investigation into The Cancer Industry to find out why she died such an agonizing death.  I’m here to ask the difficult questions.  Did my mother die of cancer?  Or was she murdered for-profit by an industry that cares more about making money than saving lives?

Backed by evidence from over 600 scientific and clinical references, The Cancer Industry will guide you on a journey into cancer treatments – surgery, chemotherapy and radiotherapy – as well as cancer screening tests – Mammography and The PSA Test.  Do they actually work or are they doing us more harm than good?

The Cancer Industry also includes an entire chapter on the question of whether or not cures or safe and effective treatments have been hidden from the public.  It’s time to find out the truth.

Got a pulse?  Then you need to read this book!