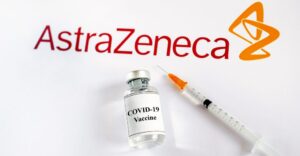 AstraZeneca’s COVID vaccine faced new controversy this week after a trial participant in India alleged that the vaccine caused him serious “neurological and psychological” symptoms.

The accusation was the latest in a series of complaints or concerns surrounding Covishield, the AstraZeneca vaccine being developed in partnership with Oxford University.

Yet despite concerns about safety and trial design, countries are already spending billions of dollars in taxpayer funds to purchase AstraZeneca’s vaccine, in part because, compared with frontrunners Moderna and Pfizer, AstraZeneca’s vaccine is easier to store and faster to distribute.

On Nov. 21, a 40-year-old participant in AstraZeneca’s clinical trial, who lives in India, sent a legal notice to the Serum Institute of India alleging that the vaccine caused him to develop acute neuro encephalopathy.

In the notice, the participant said he “must be compensated, in the least, for all the sufferings that he and his family have undergone and are likely to undergo in the future.”

The Serum Institute, which has a deal with AstraZeneca to manufacture a billion doses of the vaccine, maintains that the participant’s medical complications are unrelated to the vaccine trial.

A spokesperson for the Institute said the trial participant is “falsely laying the blame for his medical problems on the COVID vaccine trial” and that “it is evident that the intention behind the spreading of such malicious information is an oblique pecuniary motive.”

A statement released by the Institute claimed that they are “sympathetic with the volunteers medical condition” but also that they claim to take legal action against the injured participant for maligning the company’s reputation, seeking damages in excess of $13 million.

Indian Health Secretary Rajesh Bhushan said that the adverse event “will not affect the timeline in any manner whatsoever.”

Bioethicists and scientists are questioning the ethics of the Serum Institute, which has received at least $18.6 million from the Bill and Melinda Gates Foundation. “This is the first time I have ever heard of a sponsor threatening a trial participant,” said Dr. Amar Jesani, editor of the Indian Journal of Medical Ethics.

Dr. John Jacob, virologist and former professor at Christian Medical College, agreed the actions of the institute were uncalled for. He told the Times of India, “The trial should have been halted the next day after the adverse event was reported. And within a week it could have been investigated. That would have instilled confidence and trust in the minds of people. Stonewalling, refusing to answer, waiting for a lawsuit to bring things out, it speaks volumes about the lack of professionalism.”

This wasn’t the first time a trial participant has complained that the AstraZeneca vaccine caused a neurological injury. In July, a trial volunteer developed symptoms of transverse myelitis, a rare debilitating neurological disorder linked to vaccines.

In September, global trials were temporarily paused after another participant in the UK developed symptoms also consistent with transverse myelitis.

In October, a participant in Brazil died, though in that case, AstraZeneca suggested that the person was part of the control group and thus hadn’t received the COVID-19 vaccine. The Brazil trial wasn’t paused. Covishield trials are currently taking place in the UK, South Africa, Brazil and Japan.

As reported by The Defender in November, according to the company’s own data, it took only one dose of AstraZeneca’s vaccine during Phase I/II trials in the UK to cause more than 50% of participants to experience adverse events.

If the AstraZeneca vaccine, once approved, does produce harmful side effects and adverse reactions in the U.S., the company won’t be held accountable. In March 2020, the U.S. Department of Health and Human Services issued a COVID-19-specific declaration under the Public Readiness and Emergency Preparedness Act, providing liability immunity “against any claim of loss caused by, arising out of, relating to, or resulting from the manufacture, distribution, administration, or use of medical countermeasures,” including COVID-19 vaccines.

Claims made by Johns Hopkins Center for Health Security about its strategy for vaccinating ethnic minorities and the mentally challenged first, “as a matter of justice,” suggest ulterior motives.

The allocation strategy of COVID-19 vaccines within the U.S. is set to dramatically differ from previous national vaccination programs. One key difference is that the vaccine effort itself, known as Operation Warp Speed, is being almost completely managed by the U.S. military, along with the Department of Homeland Security and the National Security Agency, as opposed to civilian health agencies, which are significantly less involved than previous national vaccination efforts and have even been barred from attending some Warp Speed meetings. In addition, for the first time since 2001, law enforcement officers and Department of Homeland Security officials are set to not be prioritized for early vaccination.

Another key difference is the plan to utilize a phased approach that targets “populations of focus” identified in advance by different government organizations, including the CDC’s Advisory Committee on Immunization Practices (ACIP). Characteristics of those “populations of focus,” also referred to as “critical populations” in official documentation, will then be identified by the secretive, Palantir-developed software tool known as “Tiberius” to guide Operation

Warp Speed’s vaccine distribution efforts. Tiberius will provide Palantir access to sensitive health and demographic data of Americans, which the company will use to “help identify high-priority populations at highest risk of infection.”

The main focus of this allocation strategy is to deliver vaccines first to racial minorities but in such a way as to make those minorities feel “at ease” and not like “guinea pigs” when receiving an experimental vaccine that those documents admit is likely to cause “certain adverse effects … more frequently in certain population subgroups.” Research has shown that those “subgroups” most at risk for adverse effects are these same minorities. By Jeremy Loffredo  Whitney Webb