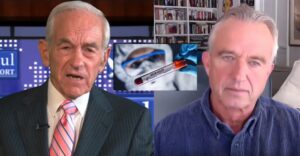 Cansino told the Chinese state media the Global Times that the patent confirms the safety and efficacy of its leading candidate, Ad5-nCoV, which the biotech firm is developing in partnership with the Academy of Military Medical Sciences, a research institute under China’s People’s Liberation Army.

But that patent doesn’t mean the vaccine is ready for widespread use. Cansino’s candidate still must complete its phase III clinical trials and then be approved in a separate ‘marketing approval’ process in China that deems it safe and effective for widespread use, says Bryan Mercurio a law professor at the Chinese University of Hong Kong who specializes in pharmaceutical law.

Cansino did not return Fortune‘s request for comment.  Investors viewed the patent as a vote of confidence from Beijing, with the company’s stock jumping 14% on the Hong Kong stock exchange on Monday. Securing a patent is an important—if unofficial—step in bringing a vaccine to market. In this regard, Cansino has a leg up on its peers, even as it trails in the clinical testing of its candidate.

Cansino pulled out front in the vaccine race in March, when it became only the second vaccine globally to receive approval to conduct human trials.   Gary Rieschel, an early Cansino investor and founding partner of Qiming Ventures Partners, told Fortune earlier this year that Cansino was able to leverage its experiences in developing an Ebola vaccine and its relationships with the government to accelerate its pursuit of a COVID-19 vaccine.

“The key with Cansino was that the Chinese government approached them in January and wanted them to help in working on [a COVID-19 vaccine],” said Rieschel. “[Cansino] clearly has a platform and an approach that can handle multiple different viral families in terms of looking at vaccines.”

In June, China approved its use for members of the Chinese military.

In recent months, however, Cansino’s peers have pushed ahead in launching phase III trials that test vaccines in thousands of human volunteers. At the same time, some of Cansino’s own plans have stalled.

In May, Canada announced it would partner with Cansino to conduct phase I and II trials, but as of early August, Canada had yet to receive the shipment. Canadian authorities told Fortune that the supplies were being held in Chinese customs, and experts believe that Chinese authorities may be delaying the shipment for political reasons.  As of Aug. 13, the World Health Organization reported that three other Chinese vaccine makers had raced ahead of Cansino by launching phase III trials.

Cansino now seems to be catching up. Reuters reports that Cansino’s first phase III trials began last Friday in Russia, and Saudi Arabia announced on August 9 that it would partner with Cansino to launch phase III trials to test the vaccine on roughly 5,000 of its citizens.

Cansino is also in talks with Brazil, Mexico, and Chile to conduct similar phase III trials.

In getting the patent, Cansino had to demonstrate that its candidate qualifies as an invention, meaning that it was able to show a new “inventive step” and “utility,” says Mercurio. All of China’s other leading vaccine makers have similarly filed for patents, Mercurio says, and more patent approvals may be forthcoming.

If and when Cansino’s leading candidate passes phase III clinical trials, it will move to the marketing approval process. On average, Mercurio says, it usually takes drugs seven to 12 years to receive marketing approval from Chinese authorities, a process that is likely to be fast-tracked in this instance given the push to rapidly develop a vaccine for COVID-19.

“It is entirely normal” for a vaccine to receive a patent at this early stage in clinical trials, says Mercurio. “What is rare is the speed at which the clinical trials are being conducted.” The patenting and market approval processes are entirely separate, meaning that having a patent is not required for marketing approval, but the two processes generally go hand-in-hand.

“Almost all drugs are granted patents before they start clinical trials and marketing approval,” says Li Yahong, an expert in patent and pharmaceutical law at the University of Hong Kong. In addition to protecting intellectual property, a patent helps vaccine makers secure funding for expensive research and additional trials. “Without a patent, no sensible capital will invest” in a vaccine, she says.

The patent does not guarantee that Cansino’s vaccine will ultimately prove successful. “China has strong biotech and pharmaceutical sectors that will support the eventual development of a COVID-19 vaccine,” says Nicholas Thomas, a professor in global health governance at the City University of Hong Kong. “But, even with this advantage [of the patent], it can be expected that not all candidates will make it through the final phase of development.” Ref: https://fortune.com/2020/08/18/covid-vaccine-china-cansino-patent-coronavirus-vaccines-what-to-know/