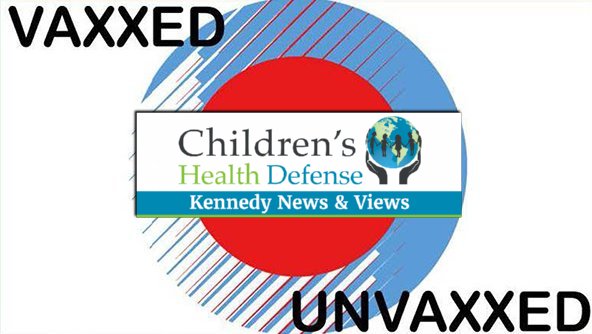 Vaccinated children are more likely to be diagnosed with developmental delays, asthma, and ear infections. A new peer-reviewed study by Hooker and Miller in the journal SAGE Open Medicine compares the health outcomes of vaccinated versus unvaccinated children from three large pediatric practices in the United States.

The study concludes that unvaccinated children are healthier than their vaccinated peers. The researchers examined medical records for over 2000 children born between November 2005 and June 2015.

The scientists followed the children continuously for a minimum of 3 years from birth. The research team determined each child’s vaccination status based on any vaccination received prior to one year of age.

The unvaccinated group represented 30.9% of the total. Results show that vaccination before one year of age led to significantly increased odds of medical diagnoses for developmental delays, asthma and ear infections.

1. Children have never been sicker than today.

54% of American children have serious chronic health conditions according to a 2011 survey funded by the U.S. Department of Health and Human Services (HHS). Conditions include neurodevelopmental disorders, asthma, allergies, mental health/behavioral disorders and obesity.

including Vaccine Adverse Event Reports and manufacturers’ product inserts. The world’s most aggressive vaccine schedule has not given our country the world’s healthiest children. We now rank 35th in overall health outcomes —just behind Costa Rica, making the U.S., by most measures, including infant mortality, the sickest in the developed world.

In 1986, Congress passed the National Childhood Vaccine Injury Act freeing companies from liability for injuries resulting from childhood vaccines—“no matter how toxic the ingredients, how negligent the manufacturer or how grievous the harm.” The act created the National Vaccine Injury Compensation Program (NVICP) that is governed by HHS. Over $4.2 billion has been paid by consumers for vaccine injuries. The U.S. vaccine schedule has more than tripled since the 1986 Act.

4. Vaccines CAN and DO cause injuries. The message that vaccine injuries are rare is not supported by facts and anecdotal evidence.

An HHS-sponsored study by the Agency for Healthcare Research and Quality found that vaccine injuries, when tracked using electronic medical records, occurs in 1 in 39 vaccines given.

5. Post-licensure vaccine safety surveillance is failing the American people and children around the world.

The Vaccine Adverse Event Reporting System (VAERS), where doctors and patients voluntarily report adverse vaccine events, received 58,381 reports in 2018, including 412 deaths, 1,237 permanent disabilities, and 4,217 hospitalizations. An HHS-funded review of VAERS concluded that “fewer than 1% of vaccine adverse events are reported” to VAERS. The CDC has refused to mandate or automate VAERS reporting.

6. None of the vaccines on the U.S. CDC recommended childhood vaccine schedule were tested against an inert saline placebo in clinical trials.

Vaccines are regulated by the FDA as “biologics” and are not always put through the same level of safety testing as new pharmaceuticals. Pre-licensing clinical trials are sometimes as short as a few days or weeks, making it impossible to evaluate longer-term outcomes such as autoimmune illness or cancer. Clinical trials for Merck’s Recombivax hepatitis B vaccine administered on the first day of life monitored fewer than 150 infants and children for just five days after each dose.

In 1986, Congress—recognizing that drug companies no longer had any incentive to make vaccines safe—ordered HHS to study vaccine injuries, work to improve vaccine safety, and report to Congress on its progress every two years. It has not sent one safety report to Congress in over 30 years.

8. Vaccines are neither completely safe nor effective and the concept of “herd immunity” is a myth.

About 2%–10% of healthy individuals fail to mount antibody levels to routine vaccines, and vaccine-induced immunity wanes over time. Highly vaccinated populations frequently have outbreaks of pertussis, mumps, measles, and chickenpox. Many diseases were on the decline prior to the development of vaccines. Civil engineers, not vaccines, produced the large gains in life expectancy over the 20th century.

was denied the ability to testify regarding scientific fraud and destruction of evidence by senior CDC officials in critical CDC vaccine safety studies regarding an association between childhood vaccines and autism. Thompson invoked federal whistleblower status and alleges that the CDC destroyed evidence that black boys are 3.36 times more likely to develop autism if they receive the MMR vaccine before age three.

CDC, frankly, is a vaccine company; it owns 56 vaccine patents and buys and distributes $4.6 billion in vaccines annually through the Vaccines for Children program. Further, Pharma directly funds, populates and controls dozens of CDC programs through the CDC Foundation. The CDC and FDA have become dominated by the interests of vaccine manufacturers rather than acting in the public interest. The vaccine industry is forecasted to exceed $48 billion by 2025. 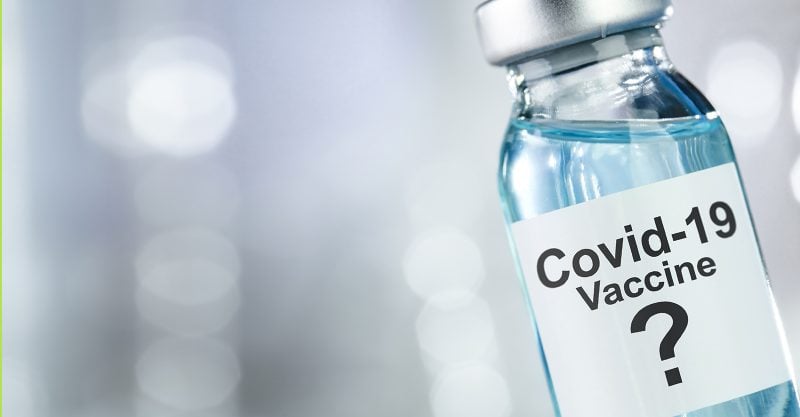 You know Ian Haydon from many appearances on CNN and other networks celebrating his heroic act of volunteering to test Moderna’s experimental COVID vaccine. The sun has now set on Haydon’s television career. He is no longer useful to the Pharmedia narratives that all vaccines are always safe for all people, that Moderna’s business partners, Tony Fauci and Bill Gates, were justified in skipping animal studies and that Moderna’s vaccine will soon rescue us from the Pandemic. Ian Haydon is now an embarrassment to Fauci, Gates, and their CNN cheerleaders. He will therefore vanish into the censorship twilight.

Moderna chose Haydon for the study because of his robust good health. He was among the 15 volunteers in the high dose group. Within 45 days, three of these—a shocking 20%—experienced “serious” adverse events according to Moderna’s press release meaning they required hospitalization or medical intervention. Less than 12 hours after vaccination, Hayden suffered muscle aches, vomiting, spiked a 103.2 degree fever and lost consciousness. His girlfriend caught him as he fell. His Moderna trial supervisor instructed Haydon to call 911 and described him as being the “sickest in his life”. Moderna let Haydon believe the illness was just a sad coincidence unrelated to the jab. Moderna never told Haydon he was suffering an Adverse Event.

“Moderna’s press release was the first I learned of the 3 AEs in the high dose group.” Haydon confessed last week on Twitter. “Later a study doc confirmed that what happened to me was an AE.” While hiding this truth, Moderna encouraged Haydon to appear on TV to deceive the public and its shareholders by declaring Moderna’s COVID vaccine trials a smashing success. On May 7, Haydon told Sanjay Gupta about his reactions in a pre-interview. The two men agreed to keep this bad news secret when he went on air. This corrupt deal bespeaks the pathetic state of journalism at CNN.

Fauci and Gates are proceeding with their plan to funnel half a billion taxpayer dollars into their reckless vanity project to create 30 million doses by November and two billion within a year (personal interview, Moderna insider) manufactured in the US and Switzerland.

At the quarantine’s outset, I warned that despots and billionaires would leverage the crisis to ratchet up surveillance and authoritarian control. They would transform America into a National Security State, engineer the final liquidation of America’s middle class and transfer its wealth to a plutocracy of digital and Pharma billionaires.

Sure enough, at breakneck speed we have devolved from the world’s exemplary democracy to a tyrannical near-police state operating at the direction of Big Data/Big Telecom, the Medical Cartel, and the Military/Industrial/Intelligence Complex.

This nationwide, extended quarantine has permanently shuttered over 100,000 small businesses, cost 38 million jobs and 27 million Americans their health care. The Super Rich elite are flourishing while a despairing middle class flounders. According to a report by Americans for Tax Fairness, billionaires are watching their wealth compound beyond imagination.

Between March 18, when lockdown began, and May 19, the combined net worth of Bill Gates (Microsoft), Jeff Bezos (Amazon) Mark Zuckerberg (Facebook), Warren Buffett (Berkshire Hathaway) and Larry Ellison (Oracle) grew by $75.5 billion. According to Forbes data, the total wealth of the 630 U.S. billionaires jumped by $434 billion—15%—from $2.948 trillion to $3.382 trillion. Tech stocks are the most bullish about the Surveillance State. Microsoft (Bing), Facebook and Amazon are facilitating our devolution into militarized oligarchy by enforcing censorship against all expressions of dissent.

Other Tech Titans also watched their portfolios peak; Buffett by 0.8% (up $564 million) and Larry Ellison’s by 11.9% (up $7 billion) Musk by 48% (up $11.8 billion). Other billionaires growing wealth on public misery include tech billionaire Michael Dell; Pharma/media baron Rupert Murdoch. These kingpins will need a Surveillance/Police State to protect their obscene winnings from public rage.

Sign up for free news and updates from Robert F. Kennedy, Jr. and the Children’s Health Defense. CHD is implementing many strategies, including legal, in an effort to defend the health of our children and obtain justice for those already injured. Your support is essential to CHD’s successful mission.