After other media outlets picked up the New York Times article about a “worrisome” new virus variant allegedly spreading throughout the city, scientists and health officials blasted the paper for inciting fear based on unpublished, non-peer-reviewed studies.  By Megan Redshaw, J.D. 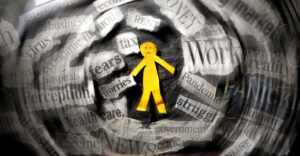 The New York Times published an article about the spread of a possible new COVID variant in New York City. After the article was picked up widely by other mainstream media outlets, scientists and public health officials were quick to condemn what they said was the “potentially premature release of unfinished research.”

Neither study had been peer reviewed, published in a scientific journal or shared with public officials before being published by the Times, according to NBC New York.

CNN, which also received a copy of the Columbia study, ran with the Times’ story that researchers had found a worrying new variant in New York City that was “alarming,” “surging” and might be “more contagious” and cause more “severe disease.”  New York Times Covid Fear Bill Gates Book Farmland

CNN did admit that the research was in its very early stages, had not been published or peer reviewed and needed “more work.”

“To be quite clear, I think neither of us did anything wrong,” said the author of the article, Apoorva Mandavilli, in a tweet. “It is our job to report and bring information to light. Sometimes that’s at the pace of science, but sometimes not.” 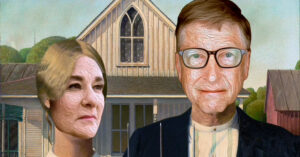 In his new book on climate, Gates fails to acknowledge how the decades-long “green revolution” model pushed by his foundation has harmed farmers and the environment, while lining the wallets of multinational agribusiness corporations. By Stacy Malkan

In his new book on how to avoid a climate disaster, billionaire philanthropist Bill Gates discusses his plans to model African food systems upon India’s “green revolution,” in which a plant scientist increased crop yields and saved a billion lives, according to Gates. The obstacle to implementing a similar overhaul in Africa, he asserts, is that most farmers in poor countries don’t have the financial means to buy fertilizers.

“If we can help poor farmers raise their crop yields, they’ll earn more money and have more to eat, and millions of people in some of the world’s poorest countries will be able to get more food and the nutrients they need,” Gates concludes. He doesn’t consider many obvious aspects of the hunger crisis, just as he skips crucial elements of the climate debate, as Bill McKibben points out in the New York Times review of Gates’ book How to Avoid a Climate Disaster.

Gates fails to mention, for example, that hunger is largely due to poverty and inequality, not scarcity. And he seems unaware that the decades-long “green revolution” push for industrial agriculture in India has left a harsh legacy of harm for both the ecosystem and smallholder farmers, who have been protesting in the streets since last year.

“Farmer protests in India are writing the Green Revolution’s obituary,” Aniket Aga wrote in Scientific American last month. Decades into the green revolution strategy, “it is evident that new problems of industrial agriculture have added to the old problems of hunger and malnutrition,” Aga writes. “No amount of tinkering on the marketing end will fix a fundamentally warped and unsustainable production model.” New York Times Covid Fear Bill Gates Book Farmland

This model — which moves farmers toward ever-larger and less-diverse farming operations that rely on pesticides and climate-harming chemical fertilizers — is one the Gates Foundation has been promoting in Africa for 15 years, over the opposition of African food movements who say the foundation is pushing the priorities of multinational agribusiness corporations to the detriment of their communities.

Hundreds of civil society groups are protesting the Gates Foundation’s agricultural strategies and its influence over the upcoming UN World Food Summit. Insiders say this leadership is threatening to derail meaningful efforts to transform the food system, at a crucial moment when much of sub-Saharan Africa is reeling from multiple shocks and a growing hunger crisis due to pandemic and climate change conditions.

All this has gone unnoticed by major media outlets that are rolling out the red carpet for Gates’ book. Here are some of the reasons the critics say Gates Foundation’s agricultural development program is bad for the climate. The foundation has not responded to multiple requests for comment.

Corp Watch describes Yara as “the fertilizer giant causing climate catastrophe.” Yara is Europe’s biggest industrial buyer of natural gas, actively lobbies for fracking, and is a top producer of synthetic fertilizers that scientists say are responsible for worrying increases in emissions of nitrous oxide, a greenhouse gas that is 300 times more powerful than carbon dioxide at warming the planet. According to a recent Nature paper, nitrous oxide emissions driven largely by agriculture are rising in an increasing feedback loop that is putting us on a worst-case trajectory for climate change.

Gates acknowledges that synthetic fertilizers harm the climate. As a solution, Gates hopes for technological inventions on the horizon, including an experimental project to genetically engineer microbes to fix nitrogen to soil. “If these approaches work,” Gates writes, “they’ll dramatically reduce the need for fertilizer and all the emissions it’s responsible for.”

Since 2006, the Gates Foundation has spent over $4 billion to “help drive agricultural transformation” in Africa. The bulk of the funding goes to technical research and efforts to transition African farmers to industrial agricultural methods and increase their access to commercial seeds, fertilizer and other inputs. Proponents say these efforts give farmers the choices they need to boost production and lift themselves out of poverty.

“The Gates Foundation promotes a model of industrial monoculture farming and food processing that is not sustaining our people,” a group of faith leaders from Africa wrote to the foundation last fall, raising concerns that their “support for the expansion of intensive industrial agriculture is deepening the humanitarian crisis.” The foundation, they noted, “encourages African farmers to adopt a high input–high output approach that is based on a business model developed in a Western setting” and “puts pressure on farmers to grow just one or a few crops based on commercial high-yielding or genetically modified (GM) seeds.”

Gates’ flagship agricultural program, the Alliance for a Green Revolution in Africa (AGRA), steers farmers toward maize and other staple crops with the aim of boosting yields. According to AGRA’s operational plan for Uganda (emphasis theirs):

AGRA has spent over $524 million, mainly on programs to increase farmers’ access to commercial seeds and fertilizers. This “green revolution” technology package is further supported by $1 billion a year in subsidies from African governments, according to research published last year by the Tufts Global Development and Environment Institute and a related report by African and German groups.

The researchers found no sign of a productivity boom; the data show modest yield gains of 18% for staple crops in AGRA’s target countries, while incomes stagnated and food security worsened, with the number of hungry and undernourished people up 30%. AGRA disputed the research but has not provided detailed reporting of its results over 15 years. An AGRA spokesperson told us a report will be forthcoming in April.

The independent researchers also reported a decline in traditional crops, such as millet, which is climate-resilient and also an important source of micronutrients for millions of people.

“The AGRA model imposed on previously relatively diverse Rwanda farming almost certainly undermined its more nutritious and sustainable traditional agricultural cropping patterns,” Jomo Kwame Sundaram, former UN assistant secretary-general for economic development, wrote in an article describing the research.  The AGRA package, he notes, was “imposed with a heavy hand” in Rwanda, with “the government reportedly banning cultivation of some other staple crops in some areas.”

“If global food systems are to become sustainable, input-intensive crop monocultures and industrial-scale feedlots must become obsolete,” the African faith leaders wrote in their appeal to the Gates Foundation. Indeed, many experts say a paradigm shift is necessary, away from uniform, monoculture cropping systems toward diversified, agroecological approaches that can address the problems and limitations of industrial agriculture including inequalities, increased poverty, malnutrition and ecosystem degradation.

A UN Food and Agriculture Organization expert panel report on agroecology clearly calls for a shift away from the “green revolution” industrial agriculture model and toward agroecological practices that have been shown to increase the diversity of food crops, reduce costs and build climate resilience.

But programs to scale up agroecology are starving for funding  as billions in aid and subsidies go to prop up industrial agriculture models.  full read