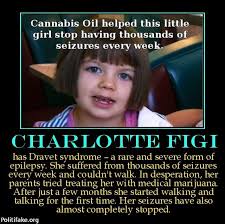 “They were born at 40 weeks. … Charlotte weighed 7 pounds, 12 ounces,” Paige said. “They were healthy. Everything was normal.”

The twins were 3 months old when the Figis’ lives changed forever.

Charlotte had just had a bath, and Matt was putting on her diaper.

“She was laying on her back on the floor,” he said, “and her eyes just started flickering.”

The seizure lasted about 30 minutes. Her parents rushed her to the hospital.

“They weren’t calling it epilepsy,” Paige said. “We just thought it was one random seizure. They did a million-dollar work-up — the MRI, EEG, spinal tap — they did the whole work-up and found nothing. And sent us home.”

A week later, Charlotte had another seizure. This one was longer, and it was only the beginning. Over the next few months, Charlotte — affectionately called Charlie — had frequent seizures lasting two to four hours, and she was hospitalized repeatedly.

Doctors were stumped. Her blood tests were normal. Her scans were all normal.

“They said it’s probably going to go away,” Paige recalled. “It is unusual in that it’s so severe, but it’s probably something she’ll grow out of.”

But she didn’t grow out of it. The seizures continued. The hospital stays got longer. One of the doctors treating Charlotte thought there were three possible diagnoses.

Dravet Syndrome is a rare, severe form of intractable epilepsy. Intractable means the seizures are not controlled by medication. The first seizures with Dravet Syndrome usually start before the age of 1. In the second year, other seizures take hold: myoclonus, or involuntary, muscle spasms and status epilepticus, seizures that last more than 30 minutes or come in clusters, one after the other.

At that time, the Figis said, Charlotte was still developing normally, talking and walking the same day as her twin. But the seizures continued to get worse. The medications were also taking a toll. She was on seven drugs — some of them heavy-duty, addictive ones such as barbiturates and benzodiazepines. They’d work for a while, but the seizures always came back with a vengeance.

“At 2, she really started to decline cognitively,” Paige said. “Whether it was the medicines or the seizures, it was happening, it was obvious. And she was slipping away.”

When Charlotte was 2½, the Figis decided to take her to Children’s Hospital Colorado. A neurologist tested her for the SCN1A gene mutation, which is common in 80% of Dravet Syndrome cases. After two months, the test came back positive.

“I remember to this day it was a relief,” Paige said. “Even though it was the worst-case scenario, I felt relief just to know.”

Matt, a Green Beret, decided to leave the military.

“Every mission, every training I was going to do I was called home because she was in the pediatric ICU again or in the hospital again.”

They were quickly running out of options. They considered a drug from France. Doctors suggested an experimental anti-seizure drug being used on dogs.

Paige took her daughter to Chicago to see a Dravet specialist, who put the child on a ketogenic diet frequently used to treat epilepsy that’s high in fat and low in carbohydrates. The special diet forces the body to make extra ketones, natural chemicals that suppress seizures. It’s mainly recommended for epileptic patients who don’t respond to treatment.

The diet helped control Charlotte’s seizures but had a lot of side effects. She suffered from bone loss. Her immune system plummeted. And new behavioral problems started popping up.

“At one point she was outside eating pine cones and stuff, all kinds of different things,” Matt said. “As a parent you have to say, let’s take a step back and look at this. Is this truly beneficial treatment because of these other things?”

Two years into the diet, the seizures came back.

The end of the rope

In November 2000, Colorado voters approved Amendment 20, which required the state to set up a medical marijuana registry program.

There are eight medical conditions for which patients can use cannabis — cancer, glaucoma, HIV/AIDS, muscle spasms, seizures, severe pain, severe nausea and cachexia or dramatic weight loss and muscle atrophy.

The average patient in the program is 42 years old. There are 39 patients under the age of 18.

Paige had consistently voted against marijuana use. That was before Dravet Syndrome entered their lives.

Matt, now a military contractor spending six months a year overseas, used his spare time scouring the Internet looking for anything that would help his little girl.

He found a video online of a California boy whose Dravet was being successfully treated with cannabis. The strain was low in tetrahydrocannabinol, or THC, the compound in marijuana that’s psychoactive. It was also high in cannabidiol, or CBD, which has medicinal properties but no psychoactivity. Scientists think the CBD quiets the excessive electrical and chemical activity in the brain that causes seizures. It had worked in this boy; his parents saw a major reduction in the boy’s seizures.  By then Charlotte had lost the ability to walk, talk and eat.   She was having 300 grand mal seizures a week. 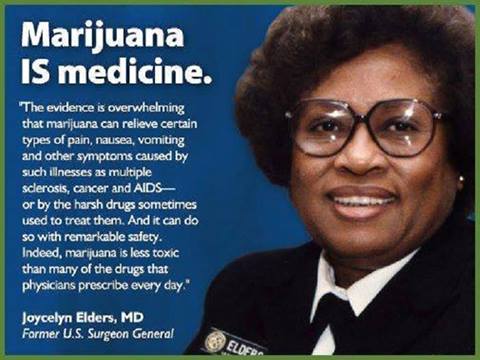 Her heart had stopped a number of times. When it happened at home, Paige did cardiopulmonary resuscitation until an ambulance arrived. When it happened in the hospital, where they’d already signed a do-not-resuscitate order, they said their goodbyes. Doctors had even suggested putting Charlotte in a medically induced coma to give her small, battered body a rest.

She was 5 when the Figis learned there was nothing more the hospital could do.

That’s when Paige decided to try medical marijuana. But finding two doctors to sign off on a medical marijuana card for Charlotte was no easy feat. She was the youngest patient in the state ever to apply.

Scientists don’t fully understand the long-term effects early marijuana use may have on children. Studies that show negative effects, such as diminished lung function or increased risk of a heart attack, are primarily done on adult marijuana smokers. But Charlotte wouldn’t be smoking the stuff.

Childhood is also a delicate time in brain development. Preliminary research shows that early onset marijuana smokers are slower at tasks, have lower IQs later in life, have a higher risk of stroke and increased incidence of psychotic disorders, leaving some scientists concerned.

Is medical marijuana safe for children?

She finally reached Dr. Margaret Gedde, who agree to meet with the family.

“(Charlotte’s) been close to death so many times, she’s had so much brain damage from seizure activity and likely the pharmaceutical medication,” Gedde said. “When you put the potential risks of the cannabis in context like that, it’s a very easy decision.”

The second doctor to sign on was Alan Shackelford, a Harvard-trained physician who had a number of medical marijuana patients in his care. He wasn’t familiar with Dravet and because of Charlotte’s age had serious reservations.

“(But) they had exhausted all of her treatment options,” Shackelford said. “There really weren’t any steps they could take beyond what they had done. Everything had been tried — except cannabis.”

Paige found a Denver dispensary that had a small amount of a type of marijuana called R4, said to be low in THC and high in CBD. She paid about $800 for 2 ounces — all that was available — and had a friend extract the oil.

She had the oil tested at a lab and started Charlotte out on a small dose.

“We were pioneering the whole thing; we were guinea pigging Charlotte,” Paige said. “This is a federally illegal substance. I was terrified to be honest with you.”

But the results were stunning.

“When she didn’t have those three, four seizures that first hour, that was the first sign,” Paige recalled. “And I thought well, ‘Let’s go another hour, this has got to be a fluke.’ “

The seizures stopped for another hour. And for the following seven days.

Paige said she couldn’t believe it. Neither could Matt. But their supply was running out.

Paige soon heard about the Stanley brothers, one of the state’s largest marijuana growers and dispensary owners. These six brothers were crossbreeding a strain of marijuana also high in CBD and low in THC, but they didn’t know what to do with it. No one wanted it; they couldn’t sell it.

Still, even they had reservations when they heard about Charlotte’s age. But once they met her, they were on board.

“The biggest misconception about treating a child like little Charlotte is most people think that we’re getting her high, most people think she’s getting stoned,” Josh Stanley said, stressing his plant’s low THC levels. “Charlotte is the most precious little girl in the world to me. I will do anything for her.”

The brothers started the Realm of Caring Foundation, a nonprofit organization that provides cannabis to adults and children suffering from a host of diseases, including epilepsy, cancer, multiple sclerosis and Parkinson’s, who cannot afford this treatment.

People have called them the Robin Hoods of marijuana. Josh Stanley said it’s their calling. They use the money they make from medical marijuana patients and get donations from sponsors who believe in their cause. They only ask patients such as the Figis to donate what they can.

“We give (cannabis) away for next to free,” Stanley said. “The state won’t allow us to actually give it away, so we give it away for pennies really.”

Charlotte gets a dose of the cannabis oil twice a day in her food.

Gedde found three to four milligrams of oil per pound of the girl’s body weight stopped the seizures.

Today, Charlotte, 6, is thriving. Her seizures only happen two to three times per month, almost solely in her sleep. Not only is she walking, she can ride her bicycle. She feeds herself and is talking more and more each day.

“I literally see Charlotte’s brain making connections that haven’t been made in years,” Matt said. “My thought now is, why were we the ones that had to go out and find this cure? This natural cure? How come a doctor didn’t know about this? How come they didn’t make me aware of this?” 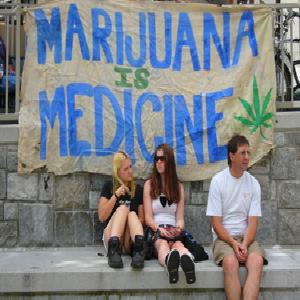 The marijuana strain Charlotte and now 41 other patients use to ease painful symptoms of diseases such as epilepsy and cancer has been named after the little girl who is getting her life back one day at a time.

“I didn’t hear her laugh for six months,” Paige said. “I didn’t hear her voice at all, just her crying. I can’t imagine that I would be watching her making these gains that she’s making, doing the things that she’s doing (without the medical marijuana). I don’t take it for granted. Every day is a blessing.”

Matt added, “I want to scream it from the rooftops. I want other people, other parents, to know that this is a viable option.”