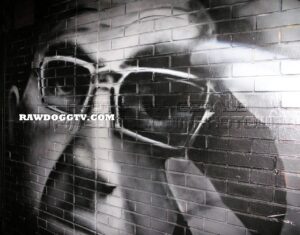 1st Video During the Ecstasy of Cosmic Consciousness retreat, a student asks Shunyamurti: What is motivating the evil beings of Kali Yuga? Shunyamurti offers a summary of the mass psychosis that has taken over the world and the state of consciousness that is available to all who choose to be part of the redemption, not the fall, of the human spirit.Sign up to the Sat Yoga Newsletter to stay attuned to any shifts that may occur in our ability to sustain these offerings and receive your free sample of Shunyamurti’s new book: https://www.satyoga.org/newsletter-si…

2nd Video This video was made in collaboration with Academy of Ideas. They create videos explaining the ideas of history’s great thinkers in order to help supply the world with more knowledge, to empower the individual, and to promote freedom. for more brilliant content. https://academyofideas.com/

Tyranny: cruel and unfair treatment by people with power over others, a government in which all power belongs to one person : the rule or authority of a tyrant The king sought an absolute tyranny over the colonies

Psychosis: a serious mental illness characterized by defective or lost contact with reality often with hallucinations or delusions