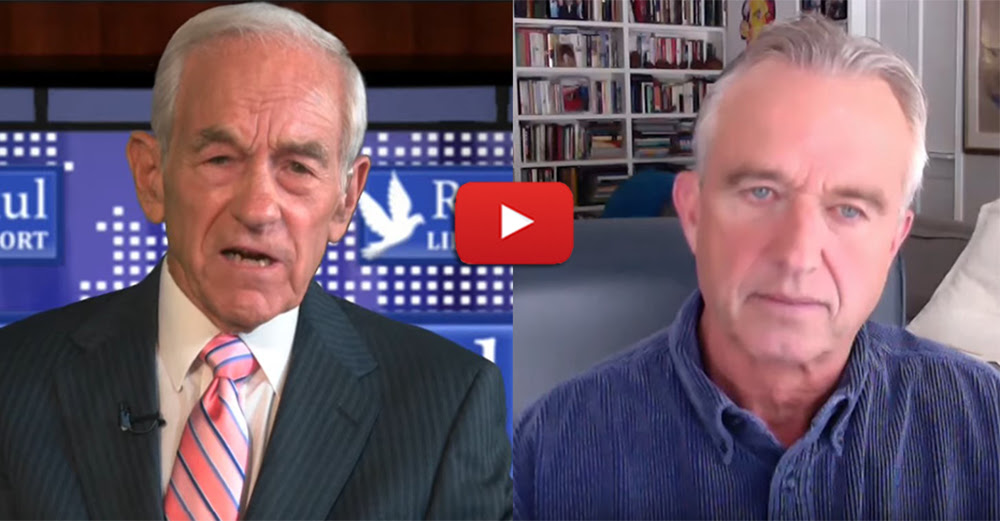 ‘Do Not Trust The Medical Or The National Security Establishment!’ With Guest Robert F. Kennedy, Jr.

Nephew of President John F. Kennedy, son of Robert F. Kennedy, and tireless crusader against the tyranny of the mainstream medical establishment, Robert F. Kennedy, Jr. joins today’s Liberty Report to discuss his startling discoveries about who really killed his father and uncle…and why. Plus, Mr. Kennedy, an environmental lawyer, has been among the most vocal and most successful opponents of the mainstream medical establishment, driven by big Pharma to inoculate and medicate everything that moves.

He tells the Liberty Report how he very reluctantly decided to dedicate his career to fighting the mandatory vaccines that have resulted in so many documented injuries to the recipients. Mr. Kennedy’s Children’s Health Defense can be found at http://www.childrenshealthdefense.org He can also be found on Instagram: @robertfkennedyjr

Dr. Janet Napolitano says mandatory flu shots will “lessen the chance of being infected with COVID.” However, prevailing research suggests that flu vaccines actually raise the risk from coronavirus infection.A January 2020 US Pentagon study (Wolff 2020) found that the flu shot INCREASES the risks from coronavirus by 36%. “Receiving influenza vaccination may increase the risk of other respiratory viruses, a phenomenon known as “virus interference…’vaccine derived’ virus interference was significantly associated with coronavirus…”

Many other studies suggest the increased risk of viral respiratory infections, including coronavirus, following vaccination for influenza.

Children’s Health Defense is aware of a contrary study published last month by Gunther Fink et. al. That report appears to conclude that flu vaccines may be prophylactic against coronavirus. The study, of Brazilian populations, has many dubious unexplained outcomes including a 47% death rate among study subjects, raising numerous unanswered questions about the methodology and validity of this research. UC campuses should not be encouraging flu shots until we have unambiguous science supporting efficacy against COVID.

If you want to join our fight against the “UC Jab” visit CHD and fill out the form. Please include details about your opposition to this mandate. We would like plaintiffs representing all the UC system schools and disciplines. ref: Robert F. Kennedy, Jr., Chair, Children’s Health Defense