The studies listed below show that all herbs work in a different manner. Some have what is called “immunomodulators,” which means that they stimulate your own immune system to fight cancer cells. Others have cytotoxic action, meaning that they do kill cancer cells, but they can also kill healthy cells and should only be used under the supervision of a doctor or herbalist. Still others, such as Milk thistle, have been found by studies to kill only cancer cells. These, of course, are the most desirable herbs.

Please take note about the way certain terms are used here. Anti-cancer is a broad word that can be broken down into three parts:

Cancer usually takes years to develop, so prevention is preferable to any treatment. Avoid all known carcinogens such as tobacco, excessive alcohol, processed foods, and exposure to chemicals. A plant based diet can help protect you from cancer as plants are rich in antioxidant and anti-inflammatory compounds, both of which are powerful cancer fighters.

An ancient Ojibway Native American Indian remedy, Flor Essence, is still a popular herbal tonic consumed by cancer patients. Its main ingredient is red clover (trifolium pretense). The University Of Maryland Medical Center found that red clover might help prevent certain types of cancer. These same scientists mention in their article that they believe red clover should not be consumed by women with breast cancer or women with a history of breast cancer in their family.

Red clover supplements are available in most health food stores as tables, capsules or in a tincture. Dried red clover leaves are often brewed into a tea with a typical daily dose being about 4 grams of dried red clover to 30 milliliters of water.

Red clover is another ingredient in Hoxsey Herbal Treatment, sold around the turn of the century as a cancer treatment. Red clover contains phytoestrogens that can help minimize menopause symptoms and many women state they have found relief from taking this supplement.

Clove is actually the dried flower buds from trees native to India, Pakistan, Zanzibar, and Madagascar. Clove oil from cloves (Eugenia aromaticum or Eugenia caryophyllata) has been studied for their ability to improve immune function, which means it offers cancer protection or prevention.

Clove oil has antioxidant compounds that have the potential to act as an anticancer agent, according to the American Pharmaceutical Association’s Practical Guide to Natural Medicines. Clove oil has the highest concentration of antioxidant activity of any single ingredient tested by the ORAC. The American Cancer Society says that there is currently insufficient evidence to show that clove oil can either treat or prevent cancer, however its high antioxidant levels show that it is a powerful supplier of anthocyanins, which are known to stop the growth of tumors, as well as kill existing cancer cells.

Turmeric (curcuma longa or curcuma zedoaria) has been used since the early 1900’s by Ayurvedic medicine to stop the symptoms of inflammation, allergies, rheumatism, and liver problems. Turmeric is native to India and Southeast Asia. It is generally consumed as a tea for medicinal purposes.

The active compound in turmeric, curcumin, causes cancer cell death without harming healthy cells. It does this through the suppression of an activation pathway, kappaB, which is linked to numerous diseases caused by inflammation, including cancer. Some studies done recently show that curcumin has anti-cancer potential. When given to laboratory rats orally, turmeric was effective in preventing cancer of the stomach, lung, colon, breast, and skin.

Rodents in an in vivo study done in 2001 showed that when turmeric was given as a dietary supplement throughout their life cycle, it showed a significant reduction in cancerous cell activity when compared to the control group. Curcumin was determined to be a gene regulator when it comes to the formation of cancer. In clinical trial, it was found to stop the migration of lung cancer cells. More recently, turmeric has been studied for the possible treatment of breast cancer and myeloma.

Artemisia annua is sometimes called sweet Annie, sweet fern, sweet wormwood or annual wormwood. This little known plant recently became the subject of attention when two researchers at the University of Washington noted in 2001 that this wormwood had the potential to become a powerful anti-cancer herb. Artemisia annua was noted by these scientists because it was highly effective against breast cancer cells.

One compound extracted from this plant, called artemisinin, has been shown to have a positive effect against cancer cells and malaria, along with numerous viruses including hepatitis B and C, along with herpes simplex 1.

Artemisinin has been shown in studies to promote cancer cell death in colon cancer, breast cancer, leukemia, and other types of cancers. One important study that is investigating the anti-cancer possibilities of Artemisia annua has been ongoing since 2008. It shows promise for the development of both preventative measures as well as

Graviola, also known by the name of its fruit, sour sop, has received a great deal of attention lately because of its promising compounds as possibly being a natural anti-cancer agent. Graviola (Annona muricata) is an evergreen tree that is used as a remedy for coughs, bacterial and parasite infections, herpes, and arthritis.

A great deal of the excitement over this fruit came from a study done in 2012 in Nebraska at the Department of Biochemistry and Molecular Biology that showed that sour sop was effective against pancreatic cancer cells. These types of cells are extremely resistant to conventional therapies. By inhibiting several signaling pathways that pancreatic cancer cells use to regulate their survival and metastatic lifecycle, graviola kills these cells when they are unable to complete their normal function. Once they are inhibited in this manner, the rate at which pancreatic cancer cells spread to other organs to make new cancers becomes incredibly slow.

You might have heard a great deal of controversy over sour sop and it’s possibly hyped up claims of its cancer killing abilities. You can read the original study that the makers of sour sop extract claimed were the basis of their product: http://www.ncbi.nlm.nih.gov/pubmed/8991944

is an herb derived from the milk thistle plant, Silybum marianum. It is used in traditional Chinese medicine to clear heat, remove toxic elements from the body, soothe the liver and promote bile secretions. The detoxifying properties of milk thistle are so potent that the herb is used to protect the liver from snake bites.

The main active ingredient in milk thistle is silymarin, a flavonoid with potent antioxidant and anti-cancer properties. In a study published in the journal Oncology Reports, researchers from Kongju National University in South Korea found that silymarin can reduce tumor growth by decreasing the expression of pro-cancer proteins involved in mitogen-activated protein kinase (MAPK) signaling. The MAPK signaling pathways play an important role in the regulation of cell proliferation, differentiation, survival and death.

To investigate the anti-cancer properties of silymarin, the researchers examined changes in the expression of proteins involved in MAPK signaling in gastric cancer cells. Using western blot analysis, the researchers found that silymarin increased the expression of the apoptotic activator Bax, activated the tumor suppressors JNK and p38, and decreased the levels of the antiapoptotic proteins ERK1/2 and Bcl?2 in a dose?dependent manner.

By inhibiting the phosphorylation of ERK and Bcl-2 and activating p38, JNK and Bax in human gastric cancer cells, silymarin was able to induce cancer cell death and prevent tumor growth.

“The present study indicated that silymarin is highly promising for the development of gastric cancer medications as it inhibits [cancer] cell growth and tumor generation by inducing apoptosis,” the researchers wrote in their report.

More studies on the anti-cancer properties of silymarin

Silymarin fights cancer in several ways. For one, it has powerful antioxidant and anti-inflammatory properties that allow it to counteract harmful free radicals and reduce oxidative stress. Oxidative stress is associated with the development and progression of cancer as it enhances DNA mutation and increases DNA damage, genome variability and cell proliferation.

Silymarin also prevents toxins from binding to cell membrane receptors and activates the production of glutathione in the body. Glutathione is an antioxidant that can potentially make tumors less sensitive to conventional cancer treatments. (Related: Glutathione is the body’s most important antioxidant.)

Moreover, silymarin decreases the production of matrix metalloproteinases (MMPs) – enzymes that promote the spread of cancer cells. Studies show that silymarin helps suppress the invasiveness of bone cancer and prevents the progression of liver cancer by interfering with the production of MMPs.

Silymarin can also lessen the adverse effects of anti-cancer drugs. In a study of children with acute lymphoblastic leukemia, researchers found that taking 160 to 320 mg a day of silymarin for 28 days reduced liver toxicity caused by chemotherapy. In another study, the flavonoid helped restore liver function in breast cancer patients who were treated with the chemo drug, carboplatin.

Silymarin is now sold in tablet, capsule or powder form. Milk thistle products are considered generally safe for consumption. If you wish to use silymarin supplements, consult with a trusted natural health practitioner on how best to take them so you can maximize silymarin’s benefits. 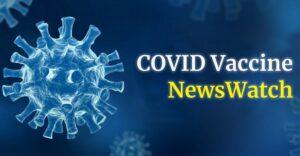