Bill Gates, Sir Richard Branson, Hollywood actors, venture capitalists, they’re all pushing lab-grown meat as the solution to world hunger and environmental sustainability, but scientists last week told a panel of experts they have serious concerns about the product’s safety. 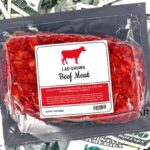 Lab-grown meat — also referred to as cell-cultured, cell-based, cultivated, lab-grown and in vitro meat — is produced by taking biopsied cells from a living animal and using them to grow meat in a laboratory.  According to the Center for Food Safety (CFS), at least 70 companies are working on cell-cultured meat, but so far Singapore is the only country where the product is sold.

The CFS last week assembled a panel of experts for a webinar to address the many questions surrounding lab-grown meat, especially its safety and how the products will be regulated.

Hansen said plant-based meats such as the Impossible Burger use genetic engineering to create “soy-like hemoglobin.”

But the “inputs” used in cell-cultured meat lab are actually “recombinants” — manipulated DNA segments — which is more complicated and disconcerting, Hansen said.

According to Hansen, the piece of flesh biopsied from the animal is an undifferentiated stem cell. The products use bio-engineered proteins in a nutrient solution to induce the cells to differentiate into muscle for meat. This is done in bio-reactor vats similar to those used to make beer.

While scientific papers have covered topics related to cell-cultured meat, Hansen said, none has actually analyzed the nutritional characteristics of the finished product, and academics have not received samples.

This implies “problems behind the scenes,” Hansen said, adding, “I doubt this technology will work.”

What is driving consumer interest in cell-cultured meat?

Ranney asked the panel what is driving interest and investment in the product.

The “sell” is multidimensional, and has clearly attracted interest on Wall Street, panelists said.

The perceived benefits propelling interest in cell-cultured meat include:

Panelist Tom Neltner, chemicals policy director at the Environmental Defense Fund (EDF), said he agreed sustainable sources of protein are needed, but cautioned the products will be “proprietary” and “we won’t know their effect or what they are.” Neltner said cell-cultured seafood has developed more quickly and may debut in markets sooner.

The concept of proprietary foodstuffs, such as “immortal cell lines” and “owned” seeds, led the panelists to address the regulation of cell-cultured meat and the role of the U.S. Food and Drug Administration (FDA), which one panelist called a “captured” agency.    Lab Grown Meat Scientists Question Safety

Neltner said he worried cell-cultured meat could be ushered into the food supply under the FDA’s Generally Recognized As Safe program. Under the program, a company simply tells the FDA its product is safe, based on the company’s own documentation, and bypasses the public comment process.

Neltner, whose primary focus at the EDF is food additive safety, said he preferred companies be required to submit to the FDA a “food additive petition,” which includes a “right to challenge.”

Panelists also raised concerns about the effects novel ingredients may have on aspects of the human microbiome. Hansen pointed out that 10 years ago, we could not culture and study microbiome components. But now we can, and it’s important that we know these effects.

For example, Hansen said, it is now known that the genome and genes themselves can be affected by epigenetic changes without even touching the DNA.

According to the Centers for Disease Control and Prevention: “Your behaviors and environment can cause changes that affect the way your genes work. Unlike genetic changes, epigenetic changes are reversible and do not change your DNA sequence, but they can change how your body reads a DNA sequence.”

Hansen said biopsied cells of an animal used in cell-cultured meat do not contain the immunity actions from the animal’s immune system, which could leave bio-reactor vats susceptible to bacteria like salmonella, fungi and worse unless antibiotics are used.

Cell-cultured meat producers claim they may not have to add antibiotics, although even alcohol distillers have to add them to their vats, Hansen said. Ref:  Martha Rosenberg  is a nationally recognized medical reporter. Her work appears in the British Medical Journal (BMJ), Consumer Reports, Public Citizen, Center for Health Journalism at USC Annenberg, Nieman Foundation for Journalism at Harvard University and other top outlets.